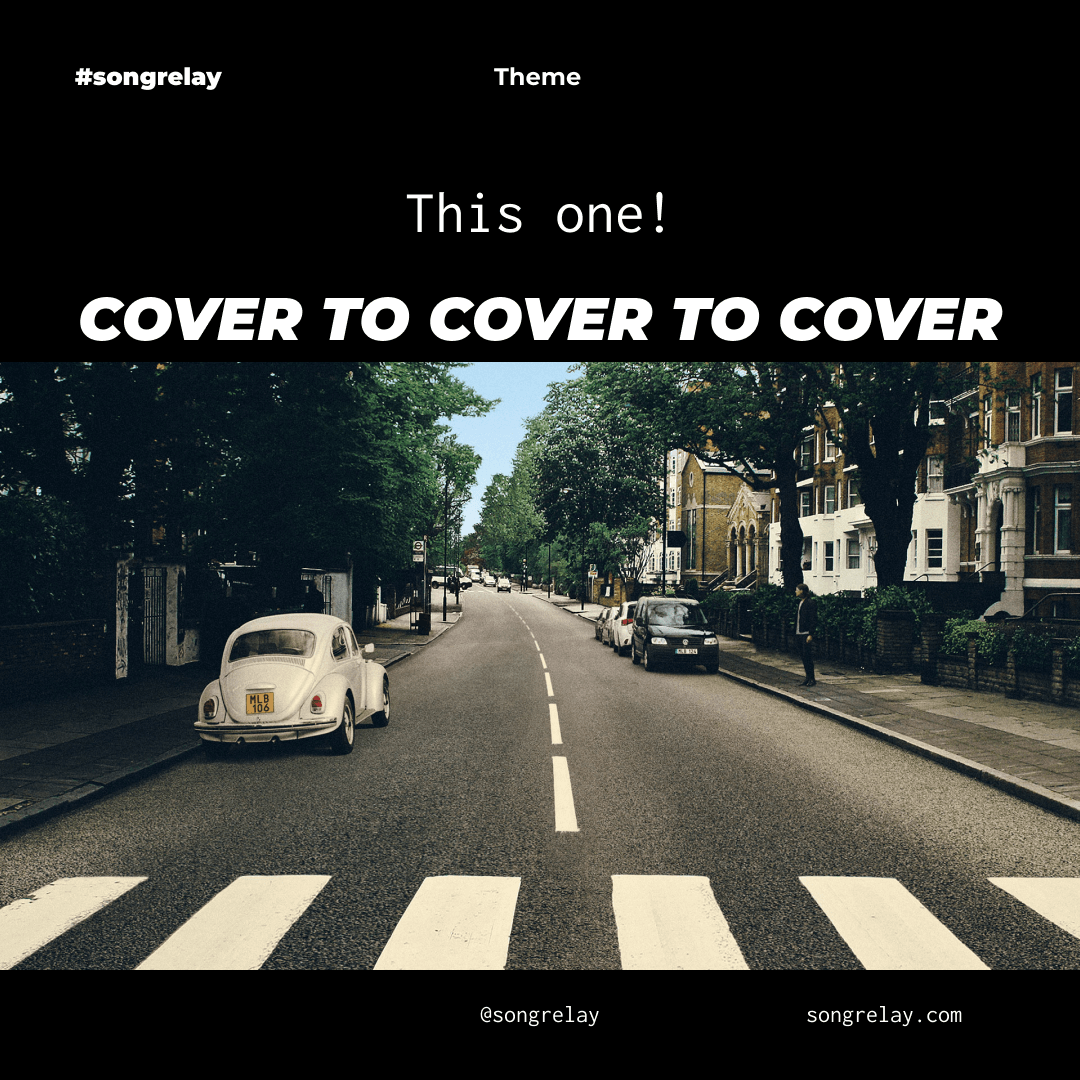 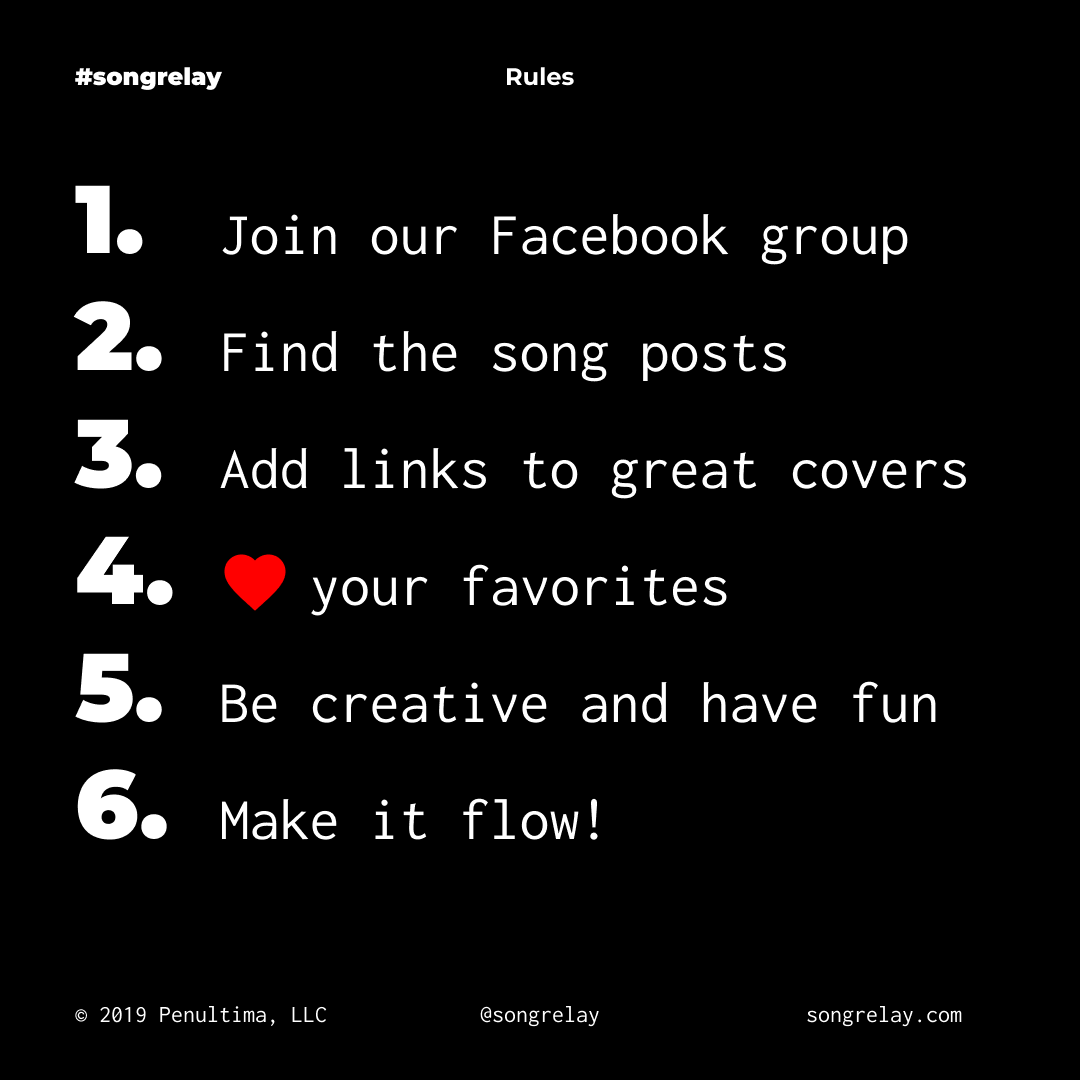 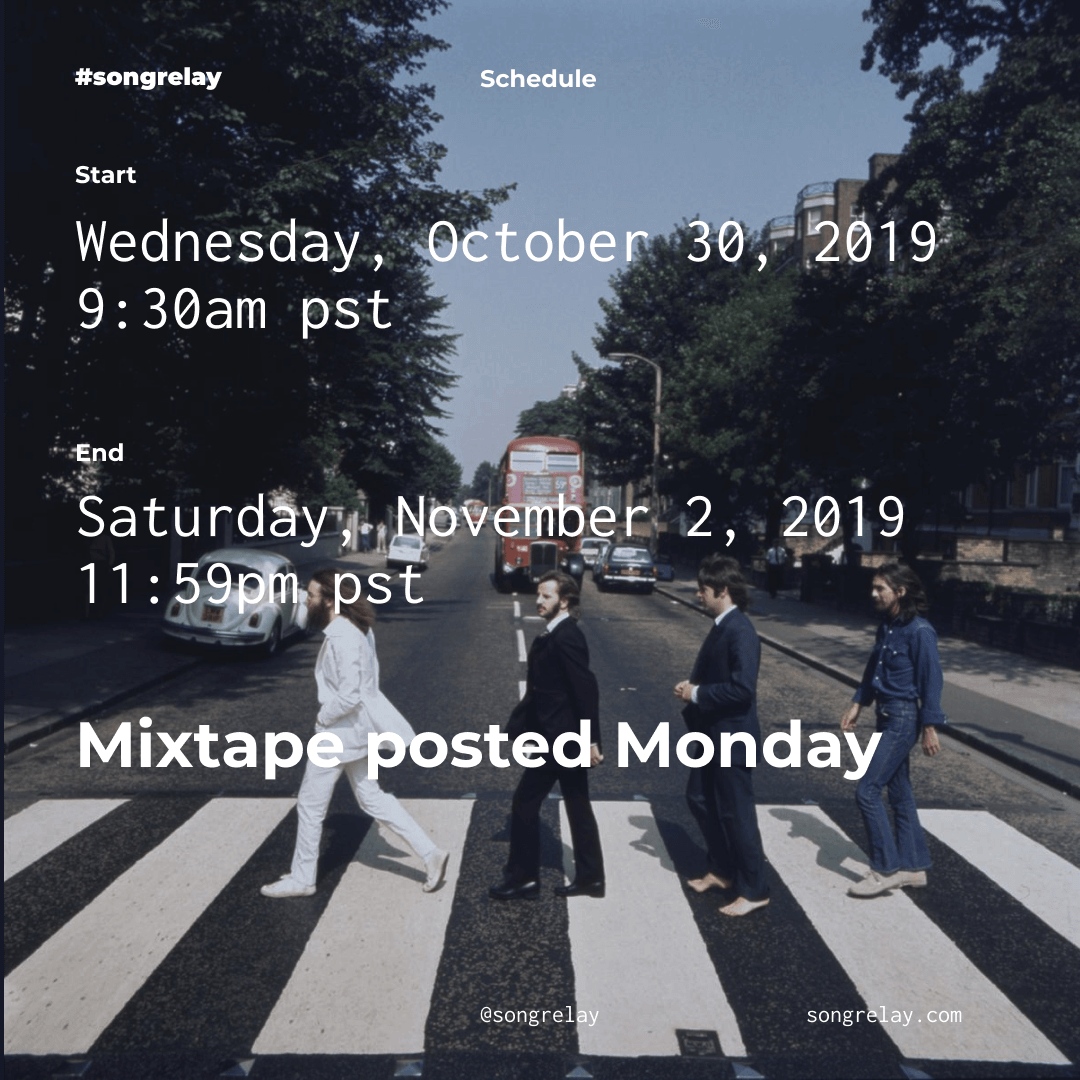 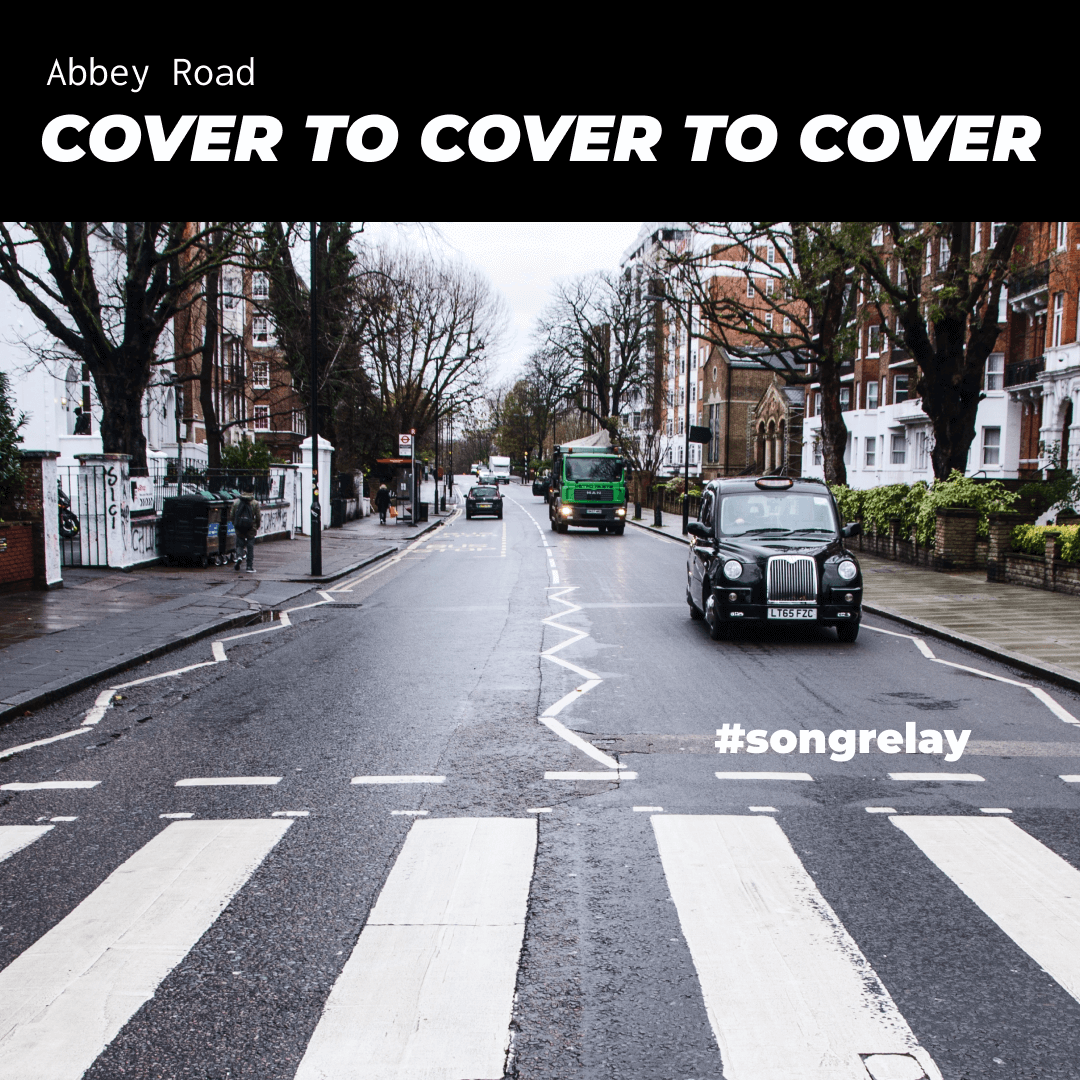 For this mixtape we found as many covers as we could for each song from Abbey Road, and then voted on the best ones. This mixtape could have gone many ways. Turns out that within 3 or 4 years of Abbey Road's release, there were already multiple covers released of many of the songs. Some gems and some duds. And then of course, the 80s.

Listening to all of these versions of songs from Abbey Road makes it clear how strong these songs are on their own. The songwriting really shines through. Even through layers of keytars. Not that it's a surprise, of course.

Also, the Abbey Road crossing might just be one of the most photographed crossings of all time. At least it seems that way. Give it a search and see for yourself.

Want to play? Sign up and get notified next time we make another #songrelay.

Thank you! Your submission has been received!
Oops! Something went wrong while submitting the form.